Williams LifeSkills ® (WLS) was founded by renowned researcher and physician Redford Williams and educator/historian Virginia Williams.
The WLS program and the related products have been further developed over the years.
The WLS program was translated to several languages and adapted for various cultures all around the world.
The WLS program was tested in clinical trials in the U.S., in Canada and in other countries. Scientific evidence confirms its beneficial effects in reducing perceived stress, hostility, anxiety and depression, and improving coping skills.

The Williams have written several best-selling books:
Anger Kills: 17 Strategies to Control the Hostility That Can Harm Your Health,
LifeSkills: 8 Simple Ways to Build Stronger Relationships, Communicate More Clearly and Improve Your Health and
In Control: No More Snapping at Your Family, Sulking at Work, Steaming in the Grocery Line, Seething in Meetings, Stuffing your Frustration.

Hundreds of WLS workshops were organized and led around the world for corporations, government agencies and individuals. Their message has reached a broader public through a number of other forums.

Media appearances:
The Williams have been interviewed locally, nationally and internationally, and have appeared on Oprah, ABC’s 20/20, Dateline NBC, The Today Show and Good Morning America. They have also been featured in respected national newspapers such as the New York Times, Washington Post, and Wall Street Journal.

The Williams and their partners research, develop, market, and disseminate training products appropriate for individuals and groups based on the 10 point Williams LifeSkills® system.

Along with Dr. Redford Williams, she researched and assembled the ten skills taught in the Williams LifeSkills workshops. Over the past several years, she has worked with a variety of groups, led numerous LifeSkills workshops, and trained many facilitators. She is a member of the American Psychosomatic Society and Society of Behavioral Medicine.

Dr. Williams received her MA in Teaching at Brown University, and her MA and PhD in History from Duke University. As a cultural historian, she provides a unique perspective from which to examine the changes in our culture over time and the effects of those changes on our well-being. In particular, she discusses the increasing complexity of living in our culture and the effect of that complexity on our ability to cope and find satisfaction at home and work. 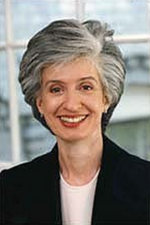 Redford B. Williams, M.D.
Chairman of the Board
Dr. Redford Williams has authored or co-authored more than 200 peer-reviewed publications in scientific and medical journals. He has authored or co-authored ten books including Anger Kills, LifeSkills, and In Control. These three books draw on his well-publicized research concerning the effects of personality and behavior on health and quality of life.

He received his AB at Harvard College and his MD at Yale, where he also did his internship and residency training in internal medicine. He has been at Duke University Medicine Center since 1972. He is Professor of Psychiatry, Professor of Psychology, Professor of Medicine and Director of the Behavioral Medicine Research Center. 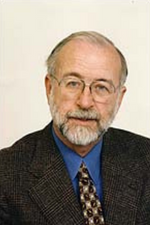 WLS around the World

The Williams LifeSkills® (WLS®) program was developed in the USA, and over the years it has been translated to other languages.

The program is easily adapted for populations with diverse cultural background. The efficacy of the program has been demonstrated in clinical trials in various regions of the world.

Over 6000 individuals completed the training, among them health care providers, teachers, students, people with chronic illness as well as socioeconomically disadvantaged groups. Scientific evidence about the efficacy of the WLS training in Hungary has been published in international scientific journals. The program director in Hungary is Dr. Adrienne Stauder.

The WLS program has been translated into Portuguese. It has been implemented among corporate clients.

The WLS program has been translated into Mandarine. Scientific evidence
about the efficacy of the WLS training in China has been published in international scientific journals.

The WLS program has been translated into German. It has been implemented among healthy employees with elevated CVD-Risk. The German version of the WLS program is also available for German students studying in Hungary.

The program director in Germany is Dr. Christian Albus, University Hospital of Cologne.

The Hungarian version of the program is implemented since 2013. The translation to Roumanian is in course.

A cooperation is currently starting to translate and adapt the WLS program into Italian.

Are you interested to translate the WLS program into another language?

Contact Us!
Manage Cookie Consent
To provide the best experiences, we use technologies like cookies to store and/or access device information. Consenting to these technologies will allow us to process data such as browsing behaviour or unique IDs on this site. Not consenting or withdrawing consent, may adversely affect certain features and functions.
Manage options Manage services Manage vendors Read more about these purposes
View preferences
{title} {title} {title}